Many women who are worried about getting pregnant or trying to avoid pregnancy would probably want to know whether they are fertile right after their period.

This is a very important question whether you CAN get pregnant right after your period. This article will help you understand everything you need to know about it.

Can You Get Pregnant Right After Your Period?

It is highly unlikely but it is possible. It doesn’t matter what time of your menstrual cycle it is, if you have sex without any contraception, you can conceive even if it is right after your periods. There is actually no safe time in a month if you are having intercourse without contraception. You are at risk of becoming pregnant at all times. You can be pregnant after the first time you had intercourse, during your first period or even when you have never had a period before.

Although there is no safe zone in your menstrual cycle, there are certainly times when you most fertile or least fertile and accordingly most likely to conceive or least likely to conceive. The chances of pregnancy can vary. If you have longer period and a short cycle, there are more chances that you will remain fertile in the days just after your period or during the last few days of your period.

Conception occurs when a sperm comes in contact with the egg. This means that the egg needs to be there in the Fallopian tube when the sperms are released during intercourse. When the egg is released from the ovary, it is called ovulation. Ovulation occurs two before you menstruate. If you have a typical 28 days cycle, then ovulation occurs between 12 and 16 days. The 14th day is believed to be the most fertile as the ovulation usually takes place on this day.

The sperms are believed to have a life of three to five days in suitable conditions. You have high chances of getting pregnant if you have unprotected sex during these days whether it is during the day you ovulate or before that. If your period happens to be just for five days, you can be highly fertile on the sixth day of your cycle.

The Fertile Days in the Menstrual Cycle

There are some fixed days of fertility in your menstrual cycle and that mainly depends more on when you ovulate compared to when your period ends. The day of ovulation is the time when your fertility is at its maximum and your chances of getting pregnant are highest. Yet another interesting fact is that you have five more fertile days before you ovulate. This means there are a total of six highly fertile days in your entire period cycle.

Now you are probably wondering what these five days mean when you are most fertile on the ovulation day? It means you can get pregnant if you have unprotected intercourse in these five days because the sperm can live up 3 to 5 days and the egg survives for 24 hours.

A Cycle That Lasts Less Than 28 Days

If the length of you period cycle happens to be a smaller than the typical 28 days cycle, then your fertile days are going to begin before the ninth day of your cycle. For instance, if you happen to have a 24 days cycle:

A Cycle That Lasts More Than 28 Days

In case your period cycle is longer than 28 days, your fertile days begin right after the ninth day. This way you have a longer fertility period giving you higher chances of pregnancy. For instance if you have a 34 days cycle:

What if you have an Irregular Menstrual Cycle

If the length of your menstrual cycle remains irregular, then your fertility days for each cycle will be different. You can check out your signs of fertility in this case. You can track your cervical mucus changes or changes in your temperature to get an idea when you may ovulate.

As already mentioned, the days you can get pregnant are the five days before you ovulate and the day you ovulate.

Understanding your fertile window is a plus

Whether you have intentions of getting pregnant or maybe you are trying to avoid pregnancy, in either case having some awareness about your fertile window can be a plus. If you desire to get pregnant, you will know when you are most fertile and if you don’t if you will avoid unprotected intercourse during your fertile window just after you period.

However, one thing you should never forget is that these are just estimates. The different methods used to figure out ovulation and your most fertile days do not give exact error free readings. Ovulation can differ by few days in every cycle even when your periods are regular. Reliable birth control methods are a necessity if you don’t wish to get pregnant. 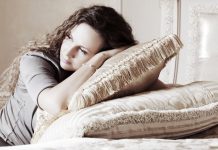 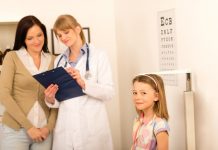 When Do Girls Stop Growing? 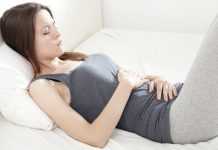