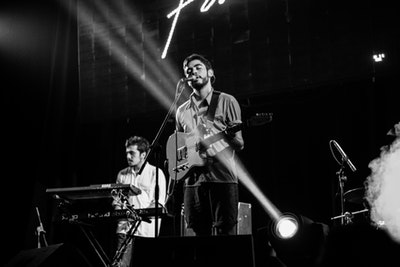 Anyone who’s ever performed for a live audience will tell you that there’s something magical about the experience. The audience at the venue, the people you perform with, and even the venue itself can have demonstrable impacts on the quality of the show.

When coronavirus hit 2 years ago, going to in-person concerts was limited or outright impossible. Musicians, actors, and many other performers found a way around this by performing in online concerts.

What are the differences between an in-person show and an online one? Here’s what you need to know.

No Bad Seats in an Online Show

One major advantage to an online concert over an in-person one is that there’s not a bad seat in the house. If the only seats you can afford for a concert are in the nosebleed section, you won’t have the same experience as someone in the VIP box or front row. (Plus, you may have to deal with that one tall guy refusing to get down in front so you can see.)

Most professional virtual concerts either get pre-filmed or have a live camera crew on-site. This means that you get close-ups of the artist and the band without having to pay through the nose for the privilege.

As enjoyable as the energy from a live concert can be, let’s face it, the environment can get overstimulating. There are loads of other people crowded in around you, scream-singing song lyrics along with you.

People move and jostle about, spilling drinks (alcoholic and non), and the scent of food, sweat, and deodorant all mix together in a heady perfume. It’s a lot to handle, especially if you are neurodivergent in any way.

Online concerts don’t have all the external stimuli, so you can focus on the flashing lights and the music that you love so much.

Imagine paying tons of money for a concert with a guest artist, only to arrive and hear that they won’t be there to perform because they’re sick or in the hospital. You’d be furious, possibly even demanding your money back.

Fortunately, with virtual concerts, there’s no need for such outbursts. Artists can pre-tape their sections, regardless of whether they can be there on-site or not. This works especially well when international artists collaborate on music concerts, as there’s no need to negotiate travel schedules.

If Your Internet Blinks Out, You Miss Things

One downside to attending a virtual concert is that if your internet blinks out for any reason, you will miss things. Depending on whether or not they post a video on demand, you may not be able to re-watch what you missed.

What’s worse, some sketchy venues may only allow you to enter the stream with your link once. If you disconnect, that’s it, you’ve used your ticket. While companies and artists do this in an effort to avoid people sharing a purchased “ticket” for a virtual concert with everyone they know, it’s still damaging to your experience.

Some Performers Aren’t Used to Playing to Cameras

Many live artists depend on the energy they receive from the audience. If you’ve ever seen a comedian’s routine fall flat on its face with a tough crowd, you understand the importance of audience feedback and energy.

Trained actors and those used to streaming have gotten used to playing to the cameras, so if they have virtual concerts/performances, they’re used to “playing to an empty house”, as it were. However, many live musicians might not have that experience, and it could make the quality of their performance suffer.

In-Person Concerts Have a Special Energy

As we mentioned in the introduction, there’s a certain special energy about live concerts. The artists on the stage giving their all and the collection of souls that love what they produce in one room creates a unique experience that’s borderline impossible to replicate behind a screen.

I mean, imagine your favorite rock ballad coming on at a concert and putting up your cellphone or lighter to wave back and forth. In a live concert, that’s a moment of emotional camaraderie. When you do it while watching a concert online, you look and feel a bit silly.

Acoustic Setup May Not Be the Greatest

Now, this isn’t to say that live musicians don’t have their own struggles with acoustics. Those just getting started won’t be able to book the best venues right off the bat.

However, even the worst concert venue offers better acoustics than many people’s homes. If a musician sings from their home, they won’t have the same amount of acoustic support as they would in a live show.

Plus, you must also consider microphone quality. Not all artists have studio-grade equipment in their own homes.

Online concert tickets tend to be cheaper than live ones. Plus, people across the globe can watch a live stream. Once you figure out where to buy concert tickets, you can settle in with other fans to enjoy the show.

Online concerts and in-person concerts have their own unique advantages. While live shows have a special energy that’s impossible to replicate, online shows expand the scope of a concert to fans across the globe.

Professional online concerts can have amazing camera work. They can show people the artist’s amazing music in a less overstimulating environment. However, acoustics might not be the best and the performer may struggle without live feedback.

Still, both concert types can be enjoyable for all audiences. If you’d like to learn more about virtual concerts, check out the Technology section of our blog today.