Did you know that a Krugerrand is made of 22 karat gold? This coin is extremely valuable for many reasons, one of them being that gold retains its value even during financially uncertain times.

No other coin in the world has been as collectible and controversial as the Krugerrand. What began as a way to market South African gold became reviled by many as a representation of the apartheid government that ruled until the early 1990s.

Krugerrand is a compound of Paul Kruger, the former President of the South African Republic, and the South African unit of currency, the rand. The coin has no face value, unlike most minted coins, and instead derives its significance directly from the market value of gold.

The Design of the Krugerrand

“South Africa” and the gold content appear in English and Afrikaans. Designed by Otto Schultz, the face of the coin bears the face of Boer statesman Paul Kruger. The reverse was designed by Coert Steynberg and features a pronking Springbok, the national animal of South Africa.

How Krugerrands Are Made

Krugerrand coins are made of an alloy of zinc and copper for extreme durability. With 22 karats worth of gold, they weigh 1 and 1/11 ounces, containing one full troy ounce of gold. Being more scratch-resistant than pure gold bullion coins has made them sought after by coin collectors worldwide.

Proof Krugerrands features 220 serrations instead of 160 on the standard coin and is designed to appeal to coin collectors rather than just an investment. Beginning in 2018, a silver Krugerrand has been minted in 99.9% fine silver and weighs in at one ounce. A platinum-proof collectible was stamped in 2018 for the 50th anniversary of the original production.

The Controversy Behind the Coin

During the 1970s and 1980s, economic sanctions against South Africa for its apartheid policies made the Krugerrand an illegal export in many Western countries. The United States officially banned the importation of the coins in 1985. As South Africa began its efforts to end apartheid in 1991, most sanctions ended, and the coin rose to prominence once again.

Popularity of the Krugerrand

While they have no face value, the popularity of the Krugerrand endures as its value is directly tied to the value of gold.

Having one of the highest percentages of gold combined with its durability keeps them always in demand. Couple that with a proven reputation as a solid investment, and you can see why the popularity of this valuable coin has endured.

A Legacy of Value and Collectability

With the rise of gold and silver prices steadily rising, it’s easy to see why the Krugerrand has only increased its cache as one of the world’s most collectible coins. Over 50 million ounces of Krugerrands have been sold worldwide, and that number is only sure to increase.

There is no better investment than Krugerrand coins, with a proven history, design, and aesthetic appeal. 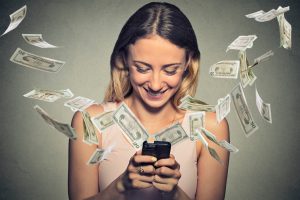 How to Become Rich: 4 Great Tips 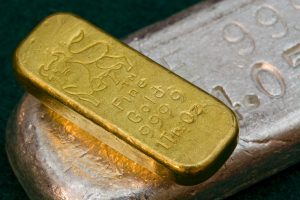 What Are the Investment Benefits of Bridge Loan Financing?