There is no denying that fast food isn’t healthy. Most of the people eat fast food more than two times a week. Usually people eat fast food because it tastes good along with being cheap and convenient. We are living in an era of economic recession and everyone seems to have tight budgets. Even then, it is no pretext to inject yourself with dead food and lots of toxic chemicals. This article aims at unveiling the fact that fast food is not just unhealthy, but it is also horrible, disgusting and terrible.

Eating nothing is so much better than eating fast food. If only people knew what they are allowing to enter their bodies, they would never even lurk around fast food areas. If you are someone who cares about yourself and your family, you will not just limit, but entirely stop consuming these so called foods.  So let’s dig into why is fast food so bad for your health and what it contains.

Take out a few hours to watch the film ‘Fast Food Nation’ or ‘Super Size Me’ if you haven’t yet. Fast food nation is based on a ground breaking book by Eric Schlosser who lets you walk through the lies, deceptions, fraud, cover up, along with human and animal cruelty that is nothing new to meat packing industries in today’s world. It is an extremely well researched documentary to which fast food industries protested very strongly, but couldn’t deny the fact and figures. These films and book will open your eyes to what makes fast food so damaging to your body, even when you are not consuming it every day like it mentions in one of the films. It is simply a blend of toxic and health damaging chemical which you can easily make your mind think of if you were to only spare a moment and think how can any restaurant even provide you with a double cheese burger just for $1.

Today the workers are made to slaughter 400 cattle per hour while only twenty years ago cattle processed per hour in  a typical meat plant was 175. Worker injuries are just too common as the workers have to stand in the same place for hours constantly repeating the same movements and trying to maintain their speed of work because otherwise they will either lose their job or fall behind.

This itself is often a reason for workers deaths. How? Very often the limbs of these workers get caught in the meat grinders or some fall in larger machines. The worker simply dies before the machine is stopped. What does this mean? This means that you might even be eating human meat with animal meat. Why take a chance?

Since these workers are forced to work at a fast pace and do the same movement 10,000 times  a day, they often hit the wrong parts like bowels rather than the meat. This means the meat also has waste parts of animals mixed in it. This is the major reason you even get to hear about E-coli outbreaks. Who knows how many more people get sick and remain unreported.

The contamination of meat during the processing and the sheer cruelty with which animals are treated makes the meat extremely unhealthy, lacks bio-energy or nutrition and is very deadly. These animals are killed even when in poor health and according to a film by human society, animals who can barely walk or are suffering from some ailment are slaughtered too.

These animals are unhealthy not simply because they are treated inhumanely and are made to live in very stressed conditions, but also because of what they made to eat is purely disgusting. Nature created cattle  to live on grass or grain.  Now let’s expose to you what these animals are being fed with that makes them overweight, weak and sick. Fact has it that till 1997, 75 percent of the cattle in US were given the remains of dead sheep and cattle and livestock wastes to eat along with dead pets from animal shelters. After the break out of ‘mad cow disease’ FDA banned these acts, but under the FDA regulations  of today, feeding dead horses and pigs in cattle feed and also the dead poultry is allowed. Other things found in cattle feed are sawdust, metal fragments and even cattle blood.

According to some reports, many animals (not just few) are inflicted with cancer, infections, viruses and tumors and they are still slaughtered. Even though meat packers are made to learn how to cut out the infected areas, but even the uninfected part is simply devoid of energy, oxygen and nutrients. It is simply not fit for human consumption.

These animals who are meant to eat grass and walk around aren’t allowed to do so. This along with other reasons make them an extremely horrible and deadly entity to enter your body.

Deploying Science to Deceive You

The food items along with the meat sold at fast food restaurants doesn’t seem even close to freshly cut meat or food. Food scientists you very crafty techniques in order to deceive the human senses into believing the food to be fresh, healthy and tasty. Science has created chemicals that smell exactly like fresh food. For instance, if methyl-2-peridylketone is added to something, it will taste like popcorn. Similarly, other chemicals can make the food taste like marshmallow, apple, French fries and other without altering the nutritional value or appearance of processed foods. These chemical ingredients are labeled as natural flavors.

This process is not at all restricted to French fries or fast food, but to every other thing you see in the market. Why the emphasis on smell of food and why add such artificial aroma if food is so fresh and healthy? The food that is sold in the majority of the fast food restaurants is of such poor and low quality that if you saw the color with your very own eyes or smelled it before it undergoes chemical processing, you will never even try to put it in our mouth.

This is the prime reason they say that avoiding processed, packaged, and inorganic food is necessary for your health. Try to consume raw food like vegetables and fruits as much as possible. That’s the only way you can keep plethora of chemicals from entering your body.

The Color of Food Matters

It doesn’t simply end with how fresh the food smells. The color that the food possesses has a direct impact on how its flavor is perceived. We usually judge whether the food is ripe or rotten by its appearance. If we think the food looks ripe and fresh and psychologically believe it to be fine because it Looked fresh. Ever bough the standard supermarket meat and found out its color to be bright red and fresh looking? Even that meat is just like your fast food meat. It also undergoes the sorcery of chemicals and food coloring similar to the ones employed in the fast food industry to deceive you.

When the food is processed whether it is French fries, chicken, beef or other meats, it loses its nutritional and chemical value along with its phytonutrients a very long time before you get to consume it. Getting to know what animals eat, the way it is processed, the way they are treated and its effects on animal that you eat is essential to comprehend the reasons for avoiding fast food no matter what.

Quickening the Pace of Angel of Death

These so called foods are basically enzymes and are dead with respect to energy and nutrition. They require more than normal amount of digestive enzymes in order to process the food. You should at least minimize your consumption to just once in a week.  Raw food usually consists of natural enzymes, which facilitates their digestion in the body. This relieves the pancreas of extra burden since it is responsible for producing most of the digestive enzymes. Enzymes take care of each and every process in the human body and plays a key role in the immune system of the body. When enzymes aren’t busy with digestion, they are busy absorbing dead tissues and building new ones along with killing germs, bacteria and viruses. On  the whole they make your entire system strong.

This is the reason that you should consume food rich in natural enzymes that is raw and fresh food and avoid processed food as much as possible. This will help your digestive system to remain healthy and strengthen your immune system.

The more we dump these energy dead and denatured foods into our bodies, the more we speed up the process of limiting our own stores of such life giving substances. This not only makes you prone to diseases, but can also bring death closer. For this and a lot of other reason, fast food needs to be avoided at all costs. 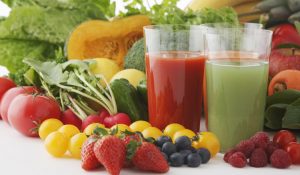 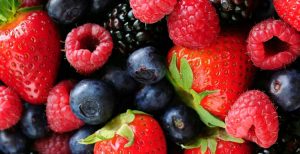 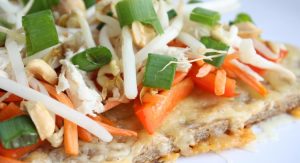