Do you consider yourself to be a religious person? It’s likely since a whopping 84 percent of the global population identifies with a religious group.

The majority of these people follow monotheistic religions, such as Islam and Christianity. But there are hundreds if not thousands more religions out there. And many of these have very different belief structures and concepts of divinity.

Keen to learn more about the different types of religions out there today? Let’s take a look!

Based on the system of classifying religions by what or who people worship, polytheistic religions are those with multiple gods.

The belief systems of the ancient Greeks and Romans are examples of polytheism. These days, however, the only major polytheistic religion is Hinduism.

Hinduism is the world’s oldest religion and has as many as one billion followers worldwide. Due to the age and scope of Hinduism, there could be millions of deities. But the shortlist of most important deities includes Brahma, Vishnu, Krishna, and Ganesh.

Of these, the creator god Brahman is the most important. But, since many Hindus believe that all other gods and goddesses are manifestations of Brahman, Hinduism is also deemed a monotheistic religion.

Followers of Judaism and Christianity simply refer to their one true god as God. Although, some people argue that the Christian concept of the Holy Trinity (God, the Lord Jesus Christ, and the Holy Spirit) defies the definition of monotheism.

Despite growing global secularism – as discussed in the God’s Not Dead movie franchise – there are 2.2 billion Christians and 1.6 billion Muslims across the world.

Animists believe everything in the world to be spiritual. Within animism, humans are on equal footing with other animals, plants, and natural forces. As such, those who follow animist religions have a moral imperative to show respect for these other agents as part of their everyday spiritual lifestyle.

Some animistic religions believe in higher powers and deities, while some do not. Examples of animism can be seen in forms of Buddhism, Shinto, Paganism, and Neopaganism. With 500 million Buddhists in the world, as well as three million Shintoists, and up to one million Pagans, animism is more widespread than many people realize.

Totemism is a belief that centers around the relationship between people and nature. The term totem comes from an Ojibwa word meaning “one’s brother-sister kin”.

People who practice totemism believe in a divine connection or mystical relationship between humans and another natural being, such as an animal or plant. Believers consider that the entity, or totem, interacts with a group or an individual and serves as their emblem or symbol. Totemism characterizes the religious beliefs of most indigenous groups in Canada, the US, New Zealand, and Australia.

Your Quick Guide to Different Types of Religions

Whether you think of yourself as a spiritual person or not, it’s interesting to delve into the beliefs of different types of religions.

Often, people focus on monotheistic religions as these have the most followers worldwide. But, as this quick guide shows, the concept of what or who is considered divine varies a lot between different religious groups.

Want more informative insights like this? Be sure to check out our other blog posts for all the latest on everything from home improvements to home remedies! 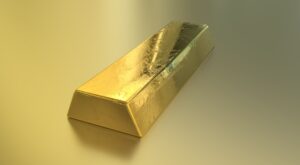 Why Is Gold Valuable? Your Questions Answered 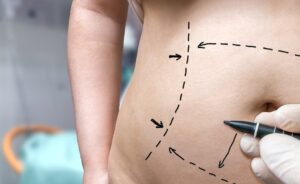 How to Choose the Best Plastic Surgeon for Your Procedure