Another fan favorite was her look as the Queen of Hearts from her Alice in Wonderland series — which was actually more inspired by the character from the more recent Tim Burton film adaptation.

The look was made complete with striking blue eye shadow, a heart-shaped lip, and a “turban style hijab.” 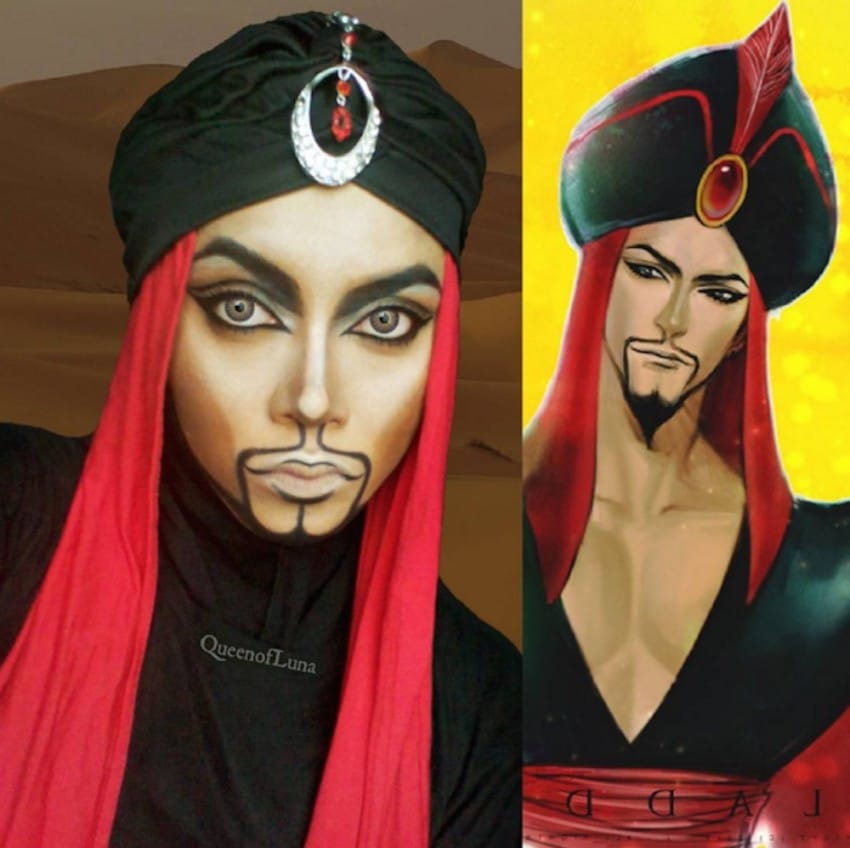 She has also morphed into Jafar, the main antagonist in Aladdin.

Other male transformations outside of Disney include the Joker from Batman, Iron Man, Captain America, and the Green Lantern. 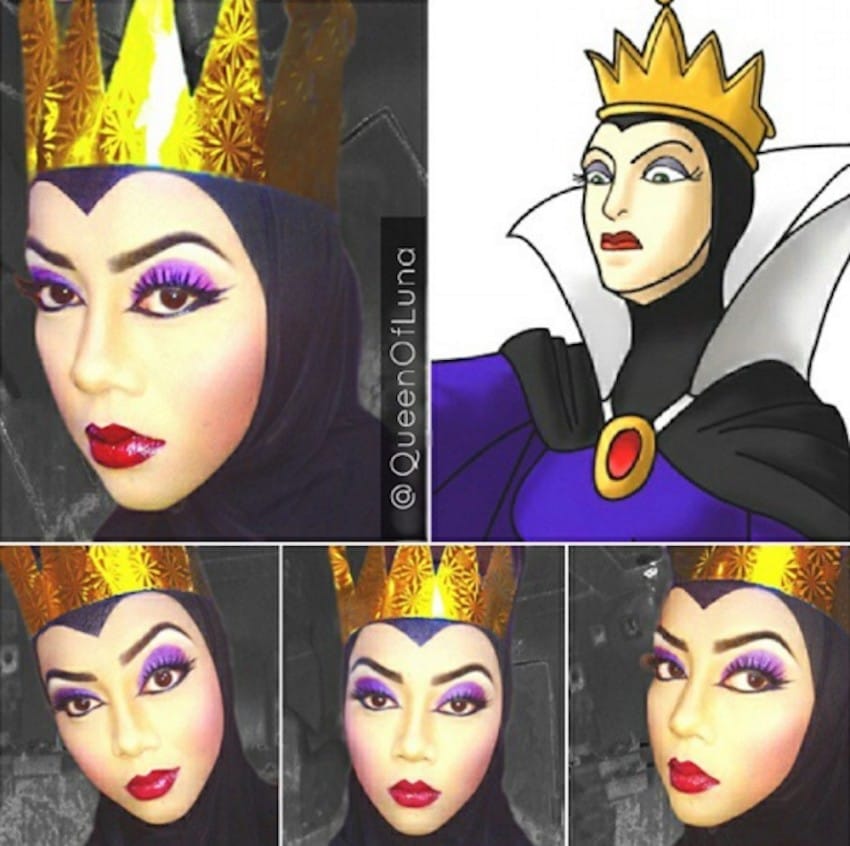 Fans love each and every one of her makeup looks. Most notably, they are happy that she has confidently featured her hijabs in her creations.

Please SHARE if you found these transformations absolutely incredible!