Do you know who threw the fastest pitch in baseball history? It was Aroldis Chapman, who clocked in a fastball at 105.1 mph in 2010.

For many youngsters approaching the diamond to play baseball for the first time, learning how to throw a baseball can feel frustrating, if not impossible.

The natural arm mechanics of overhand throwing aren’t as intuitive as other sporting motions, like kicking a soccer ball or dribbling a basketball.

But there is hope. With just a few core fundamentals, you can be whizzing fastballs across the diamond in no time.

In this article, we will walk you through everything you need to know about how to throw a ball properly.

Starting from center is one of the most important positions in the throwing motion. You need to be able to start from the same position over and over again to develop a consistent motion.

The next step in throwing is to point the ankle toward the target. For a right-handed thrower, this will be the right ankle.

Conversely, lefty throwers will point their left foot. This creates a target for the body in motion to navigate toward during the throw.

Next, throwers should separate their two hands out of the glove. The throwing hand will move downward slightly during the windup. The glove arm will make a semi-circular motion toward the target.

Use the back foot to push off toward the target. This will generate the most power in the throw itself.

The hips rotate before the shoulder. This is a critical sequence. Many young players want to move the shoulder first, but this creates an all-arm motion that can lead to stress and injury.

Instead, moving the hips creates maximum torque for the throw. Here is a great baseball drill for 8 year olds to reinforce these concepts.

The chest then moves forward, following the hips and the shoulders, and the arm will accelerate overhead. For outfielders, a vertical arm position is ideal. Infielders and catchers may need to throw at a side angle to create a faster whipping motion.

Afterward, the arm will follow through and move all the way down to the other hip. It should still feel loose and relaxed at the end of the throw because the body has done most of the work.

This prevents injuries like tendinitis from developing over time.

Learning How To Throw A Baseball

At the end of the day, learning how to throw a baseball doesn’t have to be as hard as it first seems. With a proper centering movement before the throw along with a hips-first movement, players can learn everything they need to know with just a little practice.

If you enjoyed this article about how to throw a ball the right way, check out our other articles on our blog! 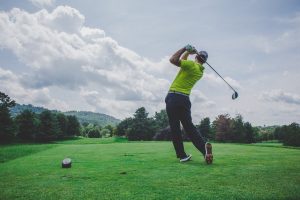 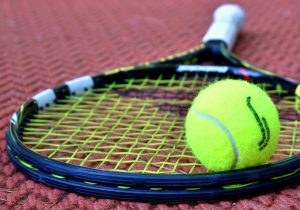