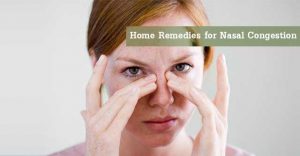 Nasal congestion is a condition in which nose blocks and gets stuffy. It is considered as a medical condition which is basically the symptom or sign of other diseases. Pneumonia is one example in which nasal congestion plays a vital role throughout the disease.

Nasal congestion is particularly known for clogged nose, pain associated to sinus, buildup of mucus and swollen pathways to nose. Other symptoms include pain in ear, heavy head and dizziness (which is because of less supply of oxygen).

There are obviously some conditions which are attached to nasal congestion. When these are not taken care properly, they lead to further problems and like mentioned above become the purpose of many other diseases.

Here are the top 10 Home Remedies for Nasal Congestion.

The cloaked or stuffy nose which leads to congestion is best to be cured by the help of apple cider vinegar. The main function of this particular type of vinegar is to liquidize cold and mucus. Immunity and overall health is also strengthened through apple cider vinegar. To get rid of nasal congestion you need to make a mixture of vinegar and honey in the following manner:

Another best home remedy which is tried and experimented by many people is through the help of garlic cloves. What makes it effective is the antifungal and antiviral characteristics. These qualities work against infection in the respiratory system which becomes the source of nasal congestion. Make a drink of garlic by following simple and easy steps mentioned below:

If you are able to chew garlic clove without peeling its skin, it would make you feel better instantly.

Like apple cider vinegar, eucalyptus oil also comes with the natural anti-inflammatory and decongestant possessions. To take help from this oil, you need to follow the steps below:

4. Inhalation of steam with carom seeds

Steam does wonders in the nasal congestion. Like many other home remedies it needs nothing but simple tip to follow. To make your respiratory tract strong and pure from congestion you need to do as follows:

This tip or home remedy is experimented but it is better not to be used with children, pregnant ladies or those who have hypertension or any psychological disorder.

Mucus which stores in the pathways of nose and throat which goes to the lungs are easy to get thinned. How and where is the next question which you may have in mind while seeking for the solution? Herbal tea which can be made by the green dried leaves or any other herb is the best way to sooth down the nasal congestion. Herbs comes as a rescue for two things; firstly it helps in soothing like we just mentioned and secondly, it flushes out toxins from your body which helps in keeping you fresh and healthy.

Blocked sinuses and nasal congestion can be cured and treated by one ingredient which is found in all the houses. Black pepper tempt the nasal blockage to be removed by sneezing. In short, it induces sneezes which becomes the source of getting free from different types of allergies and mucus in the sinus.

This is what you can do to help in reducing nasal congestion:

Pollen and dust is cleansed by the help of saline water which is a composition of sterile water and salt. It helps in reducing, infact treating nasal congestion by the help of removing mucous steadily. These sprays are readily available and don’t have any side effect attached. However, you can make your own solution by following 3 simple steps:

Be sure that you consult a doctor if you have any serious type of ENT issue.

After a thorough research and studies it is proven that chicken soup or broth actually helps in reducing the mucus level. It works against inflammation and builds up immune system. Steam is another thing which helps in curing nasal congestion. Above all, it keeps you hydrated.

Nasal congestion can be dealt by peppermint because it contains menthol which has the property to make the mucous thin. Peppermint tea comes with two major qualities; firstly it has steam which helps in healing congestion and then it also cleans the nasal grease or gunk. 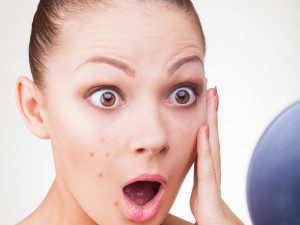 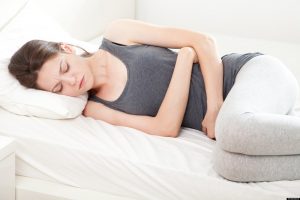 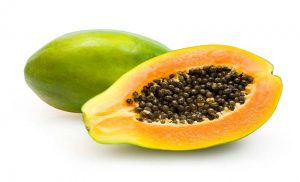