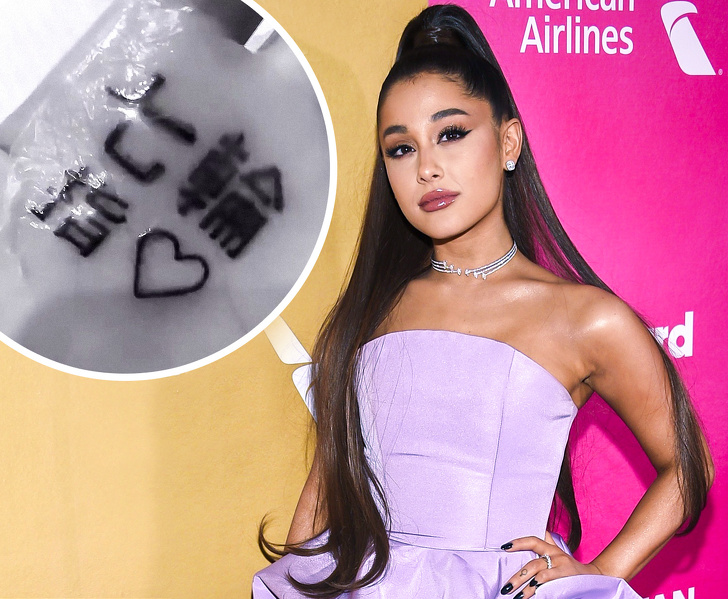 Ariana Grande can also share a good laugh over her tattoo. Earlier this year, the singer marked the launch of her new single “7 Rings” by getting similar ink on her palm. She chose to write it in Japanese but made a mistake, and her tattoo literally meant “small charcoal grill”. She later tried to correct the writing but failed again. The latest version reads, “Japanese BBQ finger” according to the Japanese reporter from Buzzfeed. 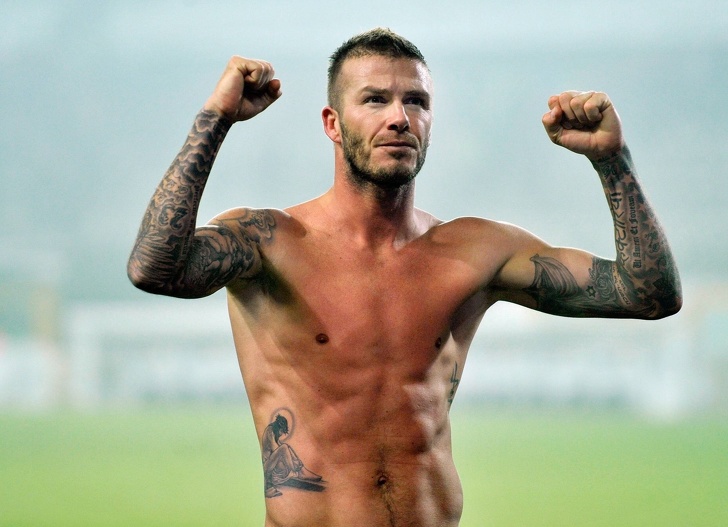 David Beckham wins the award for “cutest daddy ever”. Among his numerous tattoos (one of them even features an image of Christ, inspired by a painting by the Catholic artist Mathew Brooks), there are 2 that he considers most precious because they were designed by his children. A drawing of a little girl on his palm was painted by his only daughter Harper and a hand-written phrase that says, “We love you daddy” was created by his 3 sons, Brooklyn, Romeo, and Cruz. 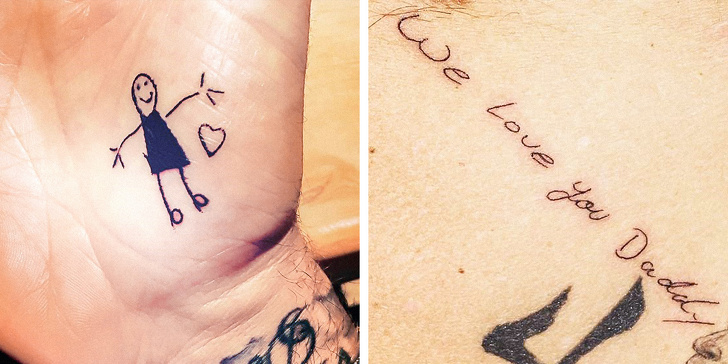 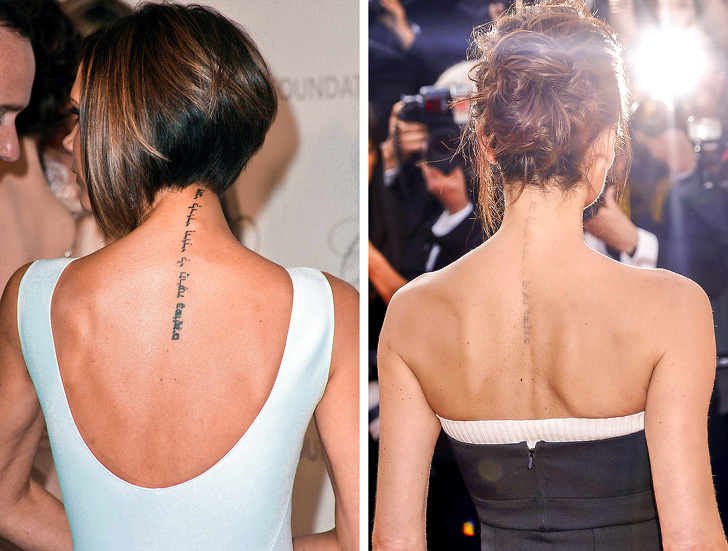 His famous wife, Victoria Beckham, used to have tattoos as well. The most notorious one was in Hebrew writing on her neck going down the spine that read, “I am my beloved’s and my beloved is mine.” She got it back in 2006 but a couple of years ago the ink became almost invisible.

Although the fashion designer has never explained its disappearance, it’s most likely that Beckham removed it because of the new elegant style she adopted over the last few years. Looks like the 4 tattoos she had on her wrists have also gone away for good.